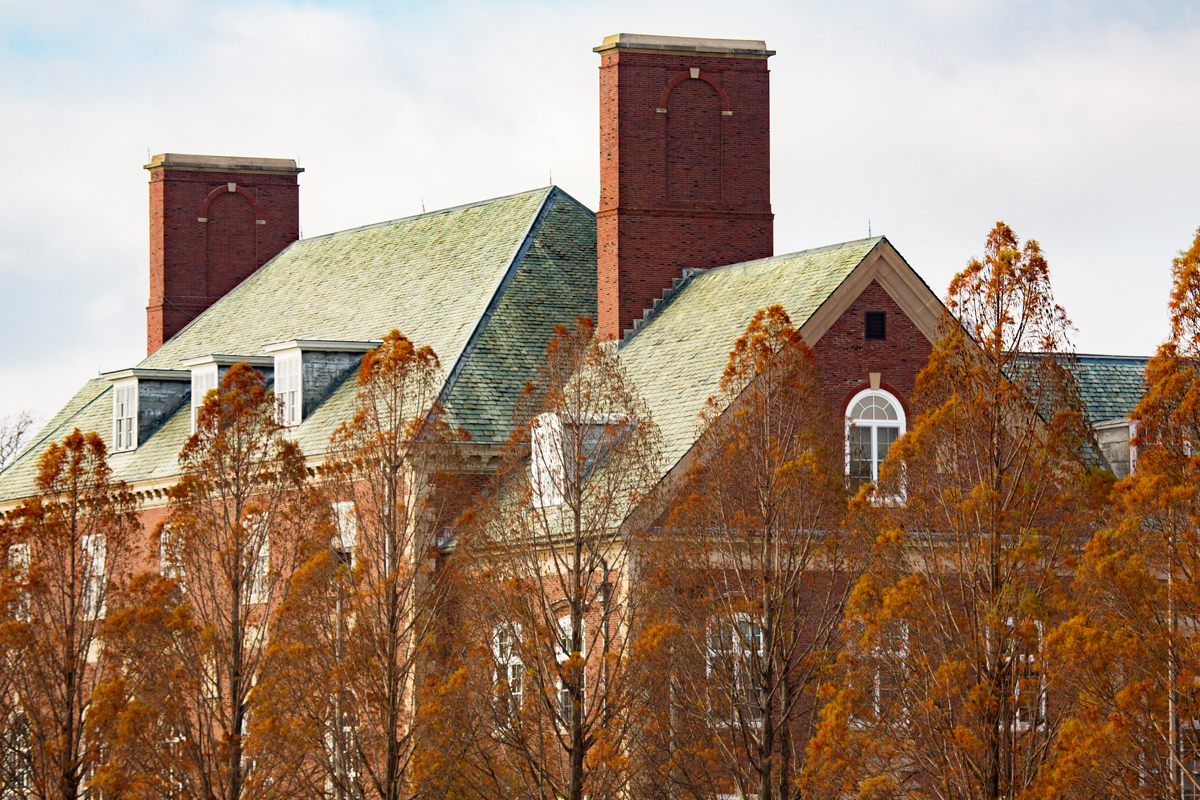 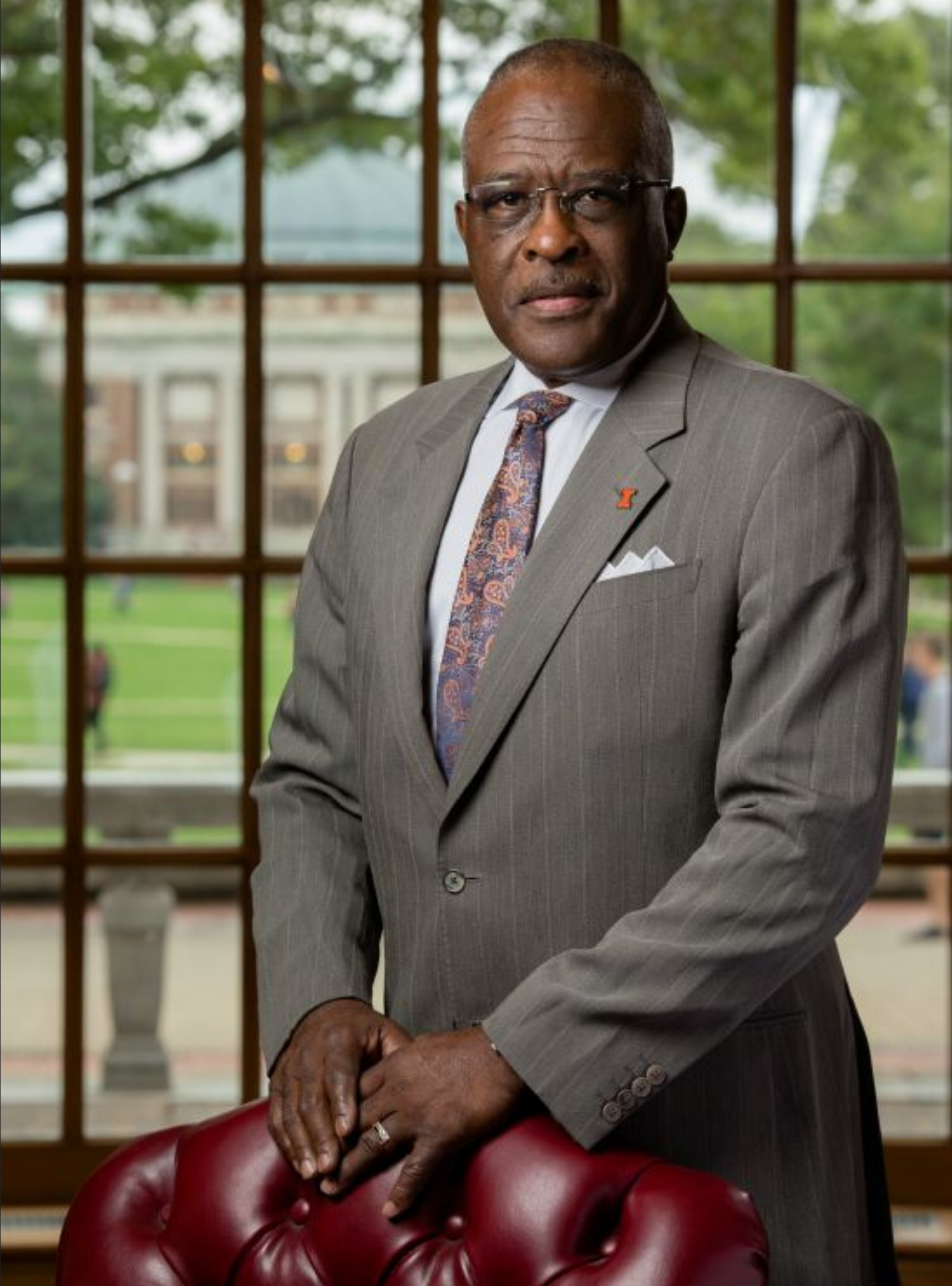 A Georgia native, Jones, born in 1951, earned a bachelor’s degree in agronomy from Fort Valley State College, a master’s degree in crop physiology from the University of Georgia, and a doctorate in crop physiology from the University of Missouri, Columbia. He is a member of the American Academy of Arts and Sciences and is a fellow of the American Society of Agronomy and the Crop Science Society of America. He began his academic career as a faculty member at Minnesota in 1978 and became an internationally respected authority on plant physiology.

At the University of Illinois Urbana-Champaign, Jones serves as chancellor of the state’s flagship, land-grant university and vice president in the University of Illinois system. At Urbana, Jones’ tenured faculty home is in the Department of Crop Sciences, College of Agricultural, Consumer and Environmental Sciences (ACES). Jones is the first African American scholar appointed as Urbana chancellor since the office was created in 1967.

As chancellor at Illinois, he launched a year-long celebration of the university’s Sesquicentennial that honored its history while establishing a new vision of the land-grant university for the 21st century. Under his leadership that future is taking shape quickly and visibly. The university completed the largest philanthropic campaign in its history, raising $2.67 billion which exceeded its original goal by more than $400 million – and doing so during the worst global health crisis in living memory. That campaign yielded two of the largest private gifts ever made to Illinois with $150 million to name the Gies College of Business and a $100 million gift to name the Grainger College of Engineering. He has implemented the vision of creating The Carle Illinois College of Medicine, the first engineering-based medical school in the world. The hiring of an inaugural vice chancellor for diversity, education and inclusion was a major step in fostering an even more open and collaborative community of students and faculty. And with the launch of the Illinois Commitment, a program that guarantees four years free tuition to state residents with family incomes less than $67,100, Jones has continued to deliver on the university’s founding promise of making a world-class college education affordable and accessible.

Jones began his academic career as a faculty member at the University of Minnesota Twin Cities where he spent 34 years. Throughout his distinguished Minnesota career, Jones held several progressively responsible positions at the Big Ten institution. While senior vice president for system academic administration, Jones had administrative and budgetary responsibilities for the four constituent campuses in Duluth, Crookston, Morris and Rochester and the offices for public engagement, equity and diversity, Extension Service, Minnesota Agricultural Experiment Stations, information technology and human resources. He played a leadership role in establishing a new four-year campus in Rochester and the nation’s first urban research and outreach/engagement center (UROC) designed to help find a solution to complex challenges in economically depressed urban communities. The center was named in Jones’ honor in 2015.

From Minnesota, Jones became the President of the University at Albany, one of SUNY system’s leading research universities. During his tenure there, Jones launched that university’s largest and most strategic academic expansion in 50 years, including establishment of the nation’s first integrated College of Emergency Preparedness, Homeland Security and Cybersecurity. He created the university’s first College of Engineering and Applied Sciences, established a deep academic affiliation with historic Albany Law School, established Albany’s first vice presidency for health sciences and biomedical initiatives, advanced strategies for reinvigorating the arts and humanities, and obtained land resources and capitol funds to construct the Emerging Technology and Entrepreneurship Center.

Throughout his career, Jones has worked to make education available to promising young scholars around the world. From 1984-1994, he worked with Archbishop Desmond Tutu’s South African Education Program (as an academic and scientific consultant) which educated more than 3,000 black South Africans in American Universities. Jones is also an accomplished vocalist and was a member of the Grammy award-winning Sounds of Blackness, a Minnesota-based choral ensemble for 30 years. He also serves on the Board of Directors of the Association of American Universities, the Chicago HOPE Foundation, the National 4H Council, Big Ten Conference Council of Presidents and Chancellors, the Farm Foundation, the Donald Danforth Plant Science Center, and the World Food Prize Advisory Council.

Jones is married to Dr. Lynn Hassan Jones, MD, a muscular skeletal diagnostic radiologist. Together they have five children and a growing number of grandchildren.